Right girls and guys, let’s get to the heart of the matter here, shall we? You are considering having an affair but you’re scared to in case you get caught. You might even be on the very cusp of having an affair and once again, are too scared to go any further for fear of being found out. You may have fantasised about sleeping with that hottie in the IT department or the one with the beautiful eyes that serves you at Subway… You can’t do anything about it though. Can you?

Some relationships survive an affair. That’s the first thing that you should probably know here. There ARE relationships out there that have gotten stronger after news of adultery has come out. Of course, the main aim of the game is to get through this without anyone finding out. You don’t want to hurt anyone after all.

Having an affair is something that takes balls. If you’ve not got nerves of steel, there’s a good chance that you won’t make it through this alive. You’ll get caught out. You’ll get flustered. You won’t remember the lies you’ve told when you was meant to be home with the partner and kids, and instead was screwing a hot blonde in a messy hotel bed. The bottom line is this – you need to be strong to have an affair!

There’s the secrecy to deal with first and foremost. You’ll need to lean how to keep your lies simple. Where were you? Did you say that you were at the office? Make sure that you jot down in your calendar on your phone that you were ‘at the office’. If it ever comes up again, you can refer back to it. Clearly you don’t want to note something like ‘Saw Frankie, said I was at office” – what would happen if your partner was to find your phone?

Can you tell a bare faced lie? What would happen if your other half was to turn around and say to you “You’ve been acting weird recently… Is there someone else?” Are you going to be able to turn around and lie to their face? Because there is a good chance that this situation could arise. It’s not comfortable and it’s not pretty but sometimes, regardless of how much you try to cover your tracks, you’ll still act a little different and someone will notice.

Having an affair is stressful. You’ll be rushing around, trying to get back to see the kids recital after spending a hot afternoon with your lover. You’re going to need to come up with a story on the way home from work.

The truth about having an affair is that as fun as it will be, it’ll be a lot of work too. It will be worth it if you can make it work for you, but just remember how many people around you have been caught out ‘doing the dirty’… Are you smart enough to outwit everyone else? 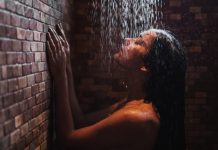 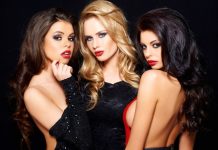 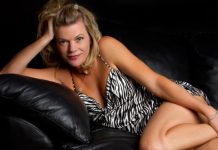 The Secret For Making Affair Dating Successful In 5 Simple Steps

The Low Down On Adult Swingers Exposed